Repairs to the Nave Roof

It would seem that the Death Watch Beetle infestation began after this repair only to be discovered in 2012.

The time line for repairs to the Nave roof after erosion of the main roof joists discovered.

The photos show how extensively the oak beams had been damaged due to beetle infestation over 30 years.    In many cases the beams had new oak sections scarf jointed onto the original beams.

Some repair work had taken place many years ago when the ends of the beams, having suffered rot due to beetles, were reinforced with steel sections bolted to the beam and stonework.  During the repairs in 2013 these steel sections were removed and the beam ends replaced with oak sections.  The final covering of the Nave roof is now zinc.

The repair programme allowed for replacement of the old lighting system of 500Watt halogen lamps to be replaced with 50Watt LED lamps cutting the power consumption from 3000Watts to 300Watts in both the Chancel and Nave sections.

To aid ventilation in the church, a number of windows on the south wall were made openable by lanyard to control air movement.

In February 2008 the lead was stolen from the whole of the Chancel roof.  This was replace with stainless steel at a cost of approx. £25,000.

May 2009:  lead flashing was stolen from the Porch and South Aisle roofs.   This was repaired with lead sheeting but before the job was completed, the flashing was again stolen.

August 2016:  The south Aisle was stripped of slates (many of which were cracked or broken) and replaced with stainless steel with lead flashing.  Cost around £39,000.

March 2020:    Again, the lead flashing was stolen from the Porch and South Aisle roofs.   This has not been replaced so far as different materials, other than lead, are investigated for use.

North Aisle, roof and flashing replaced, grant of £19k from Heritage England towards the final cost.

Work on the north aisle ceiling where two panels require replacing with lathes and lime mortar, lime mortar is applied in several coats with drying in between followed by decorating..

The cost of this repair is expected to be around £4000. 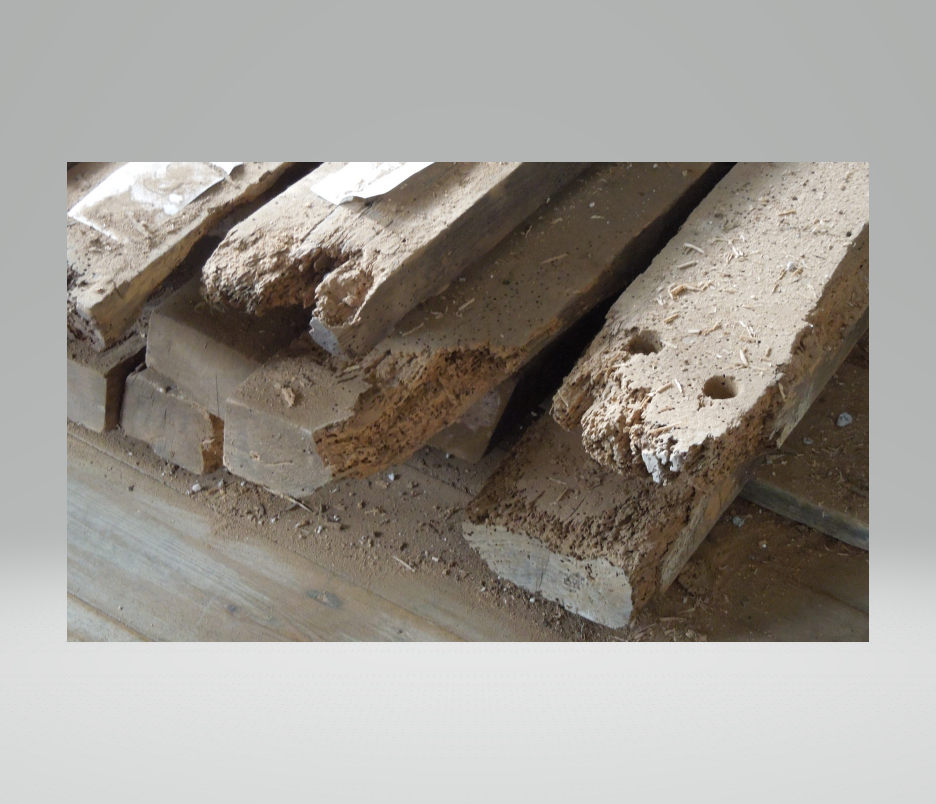 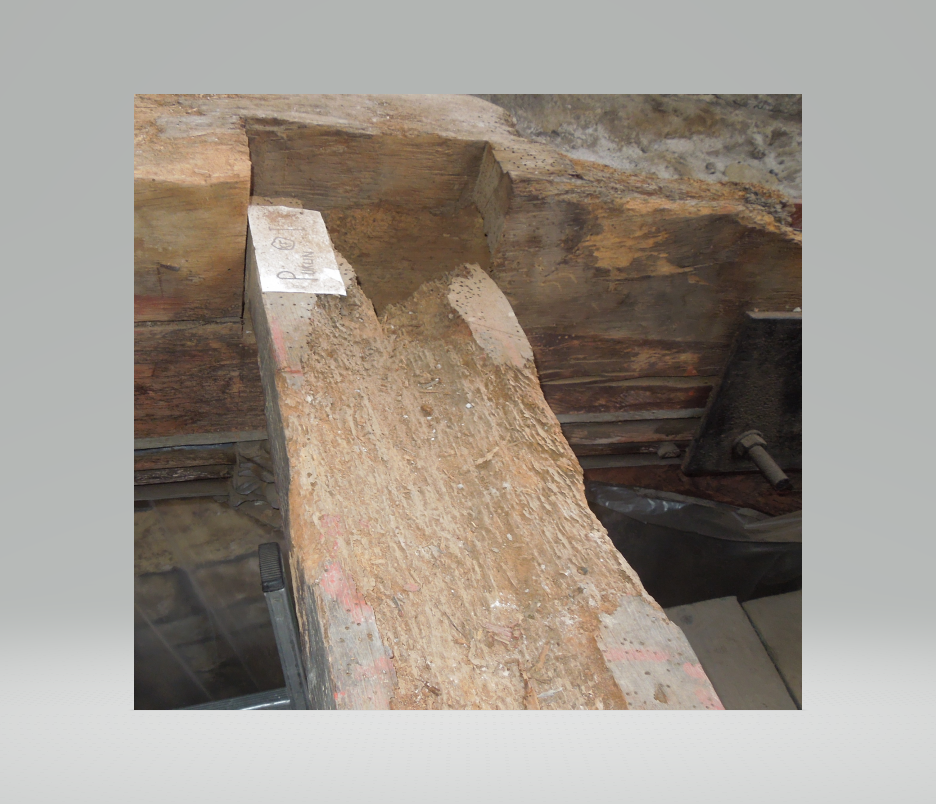 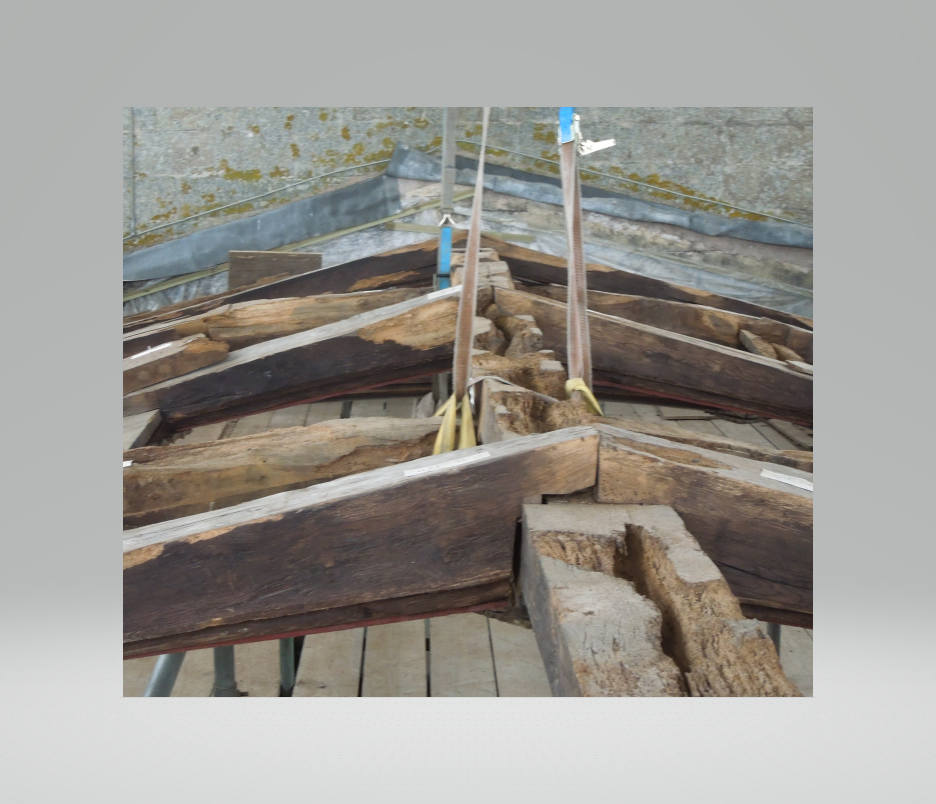 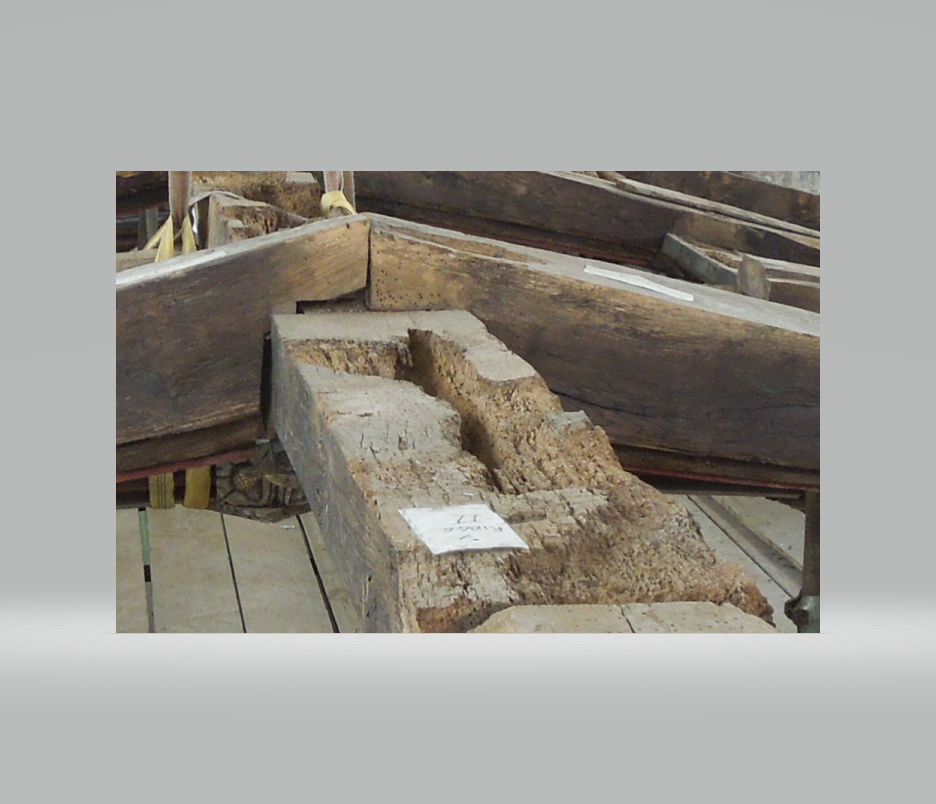 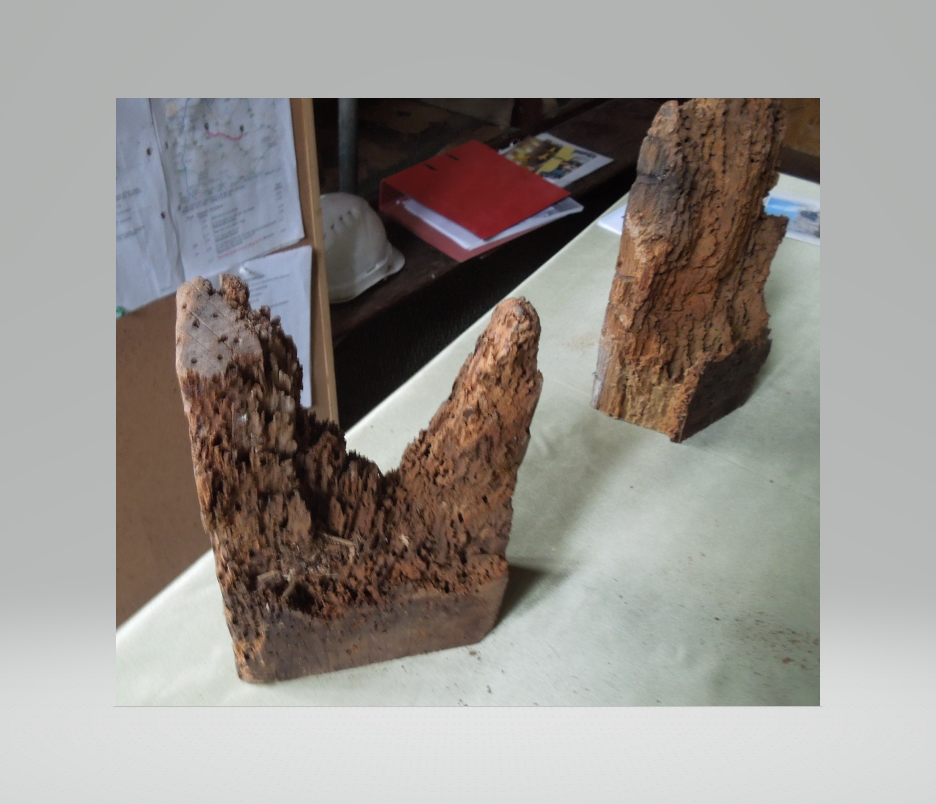 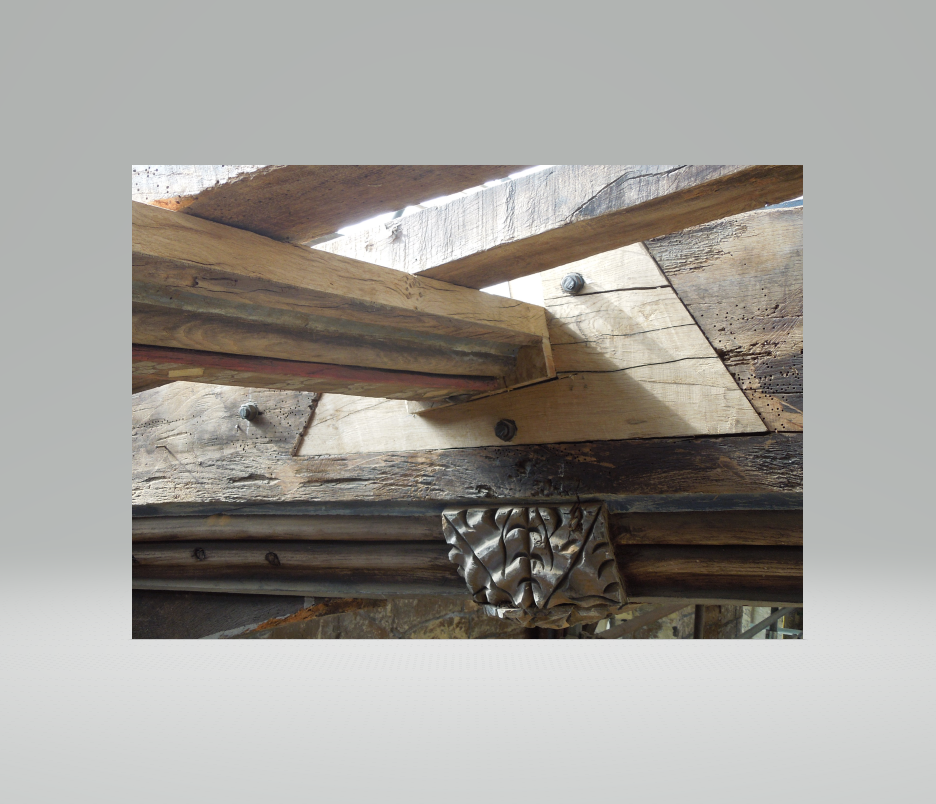 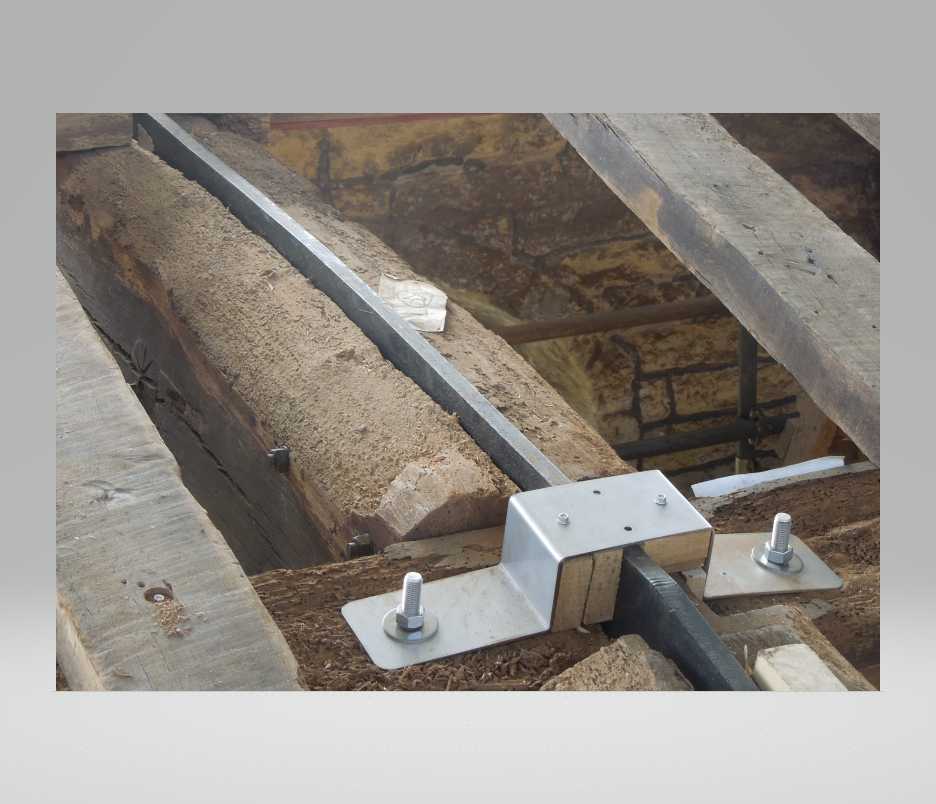 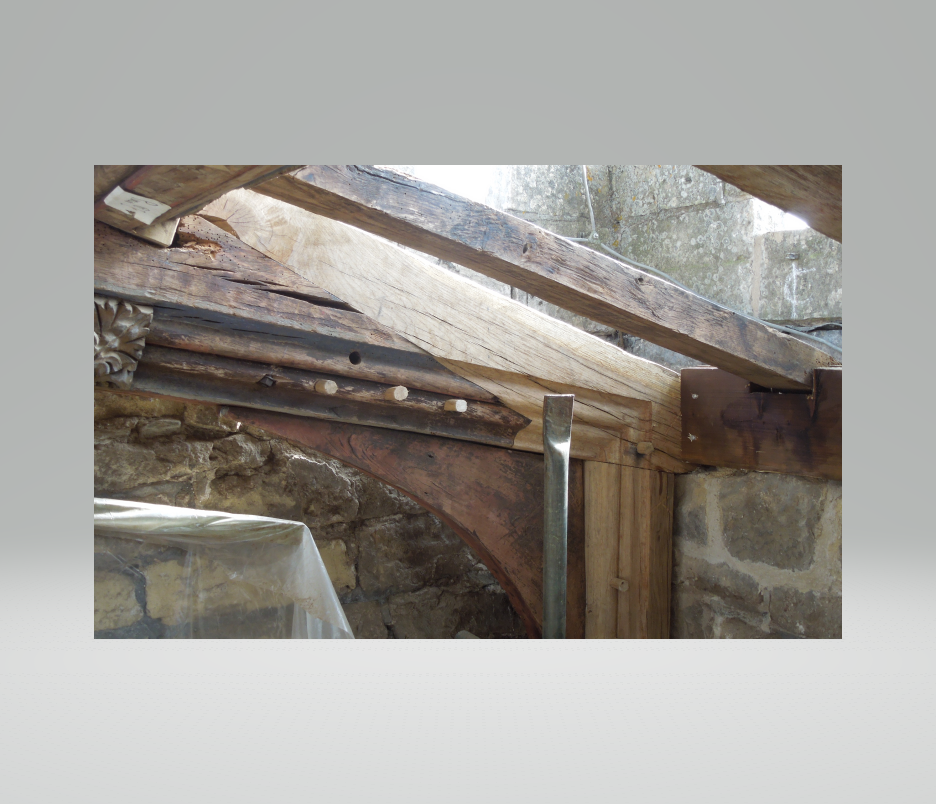 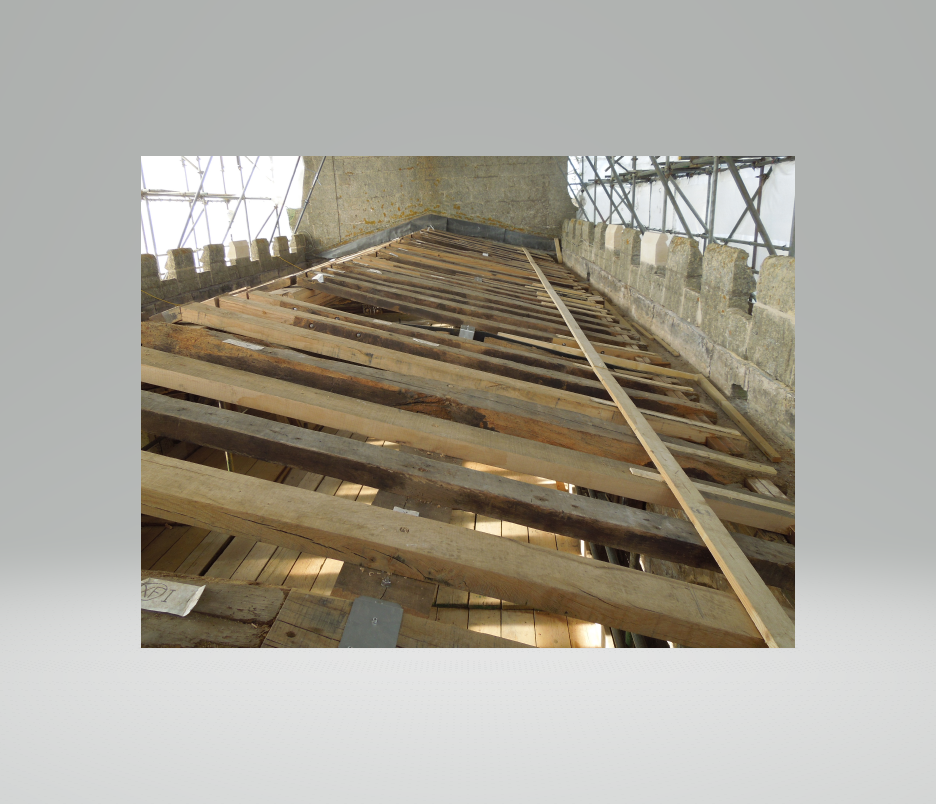 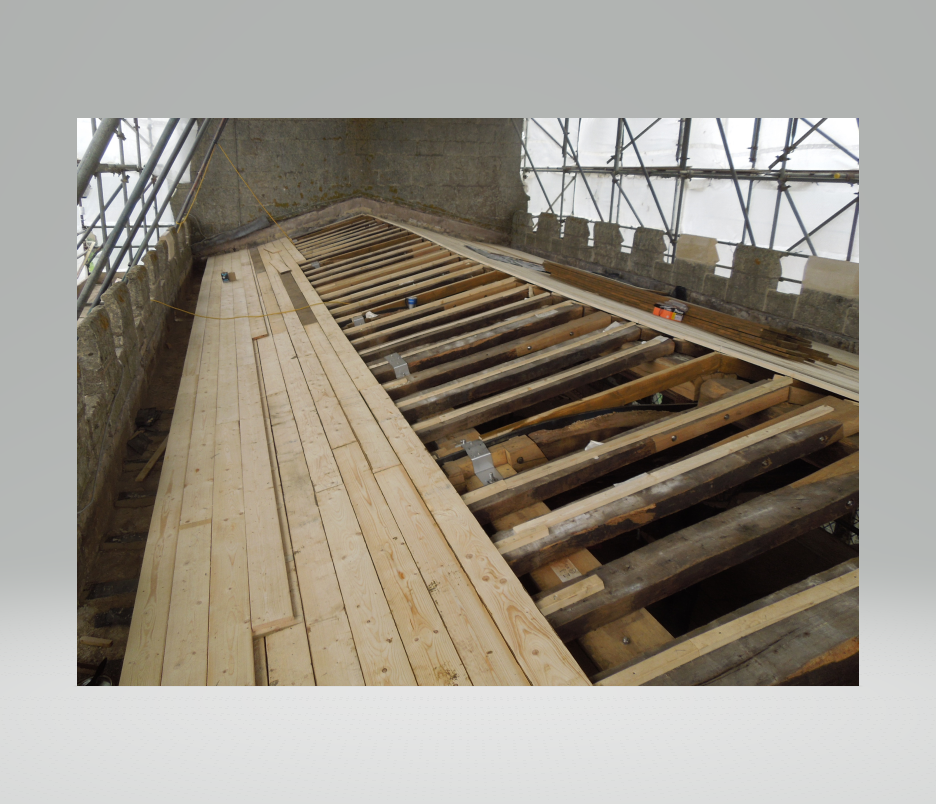 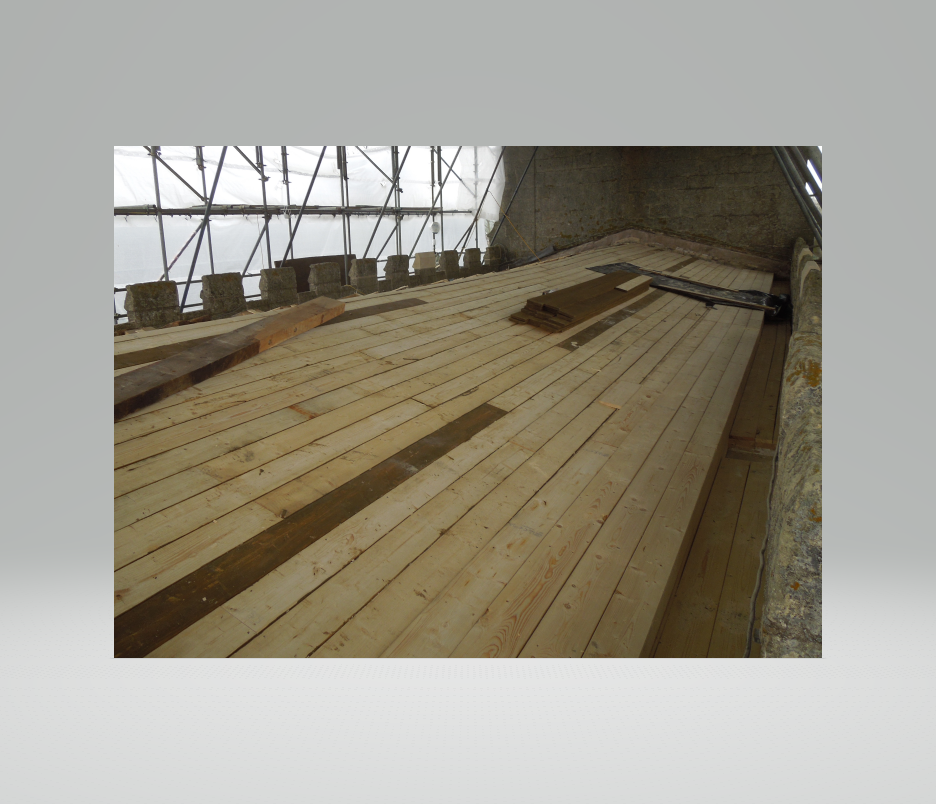 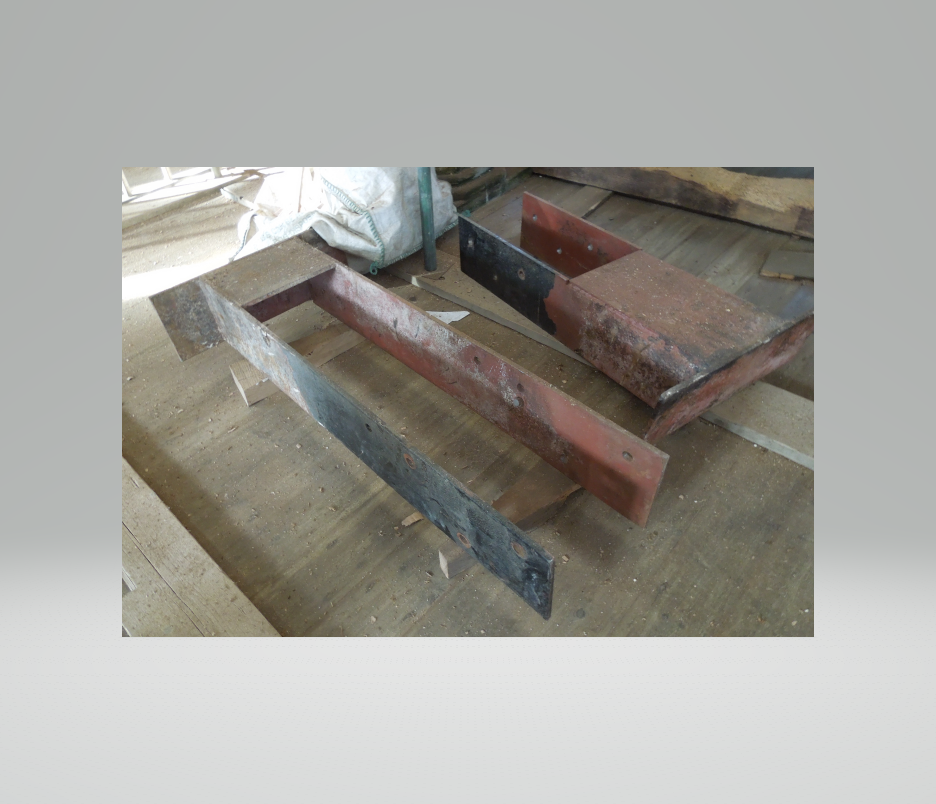 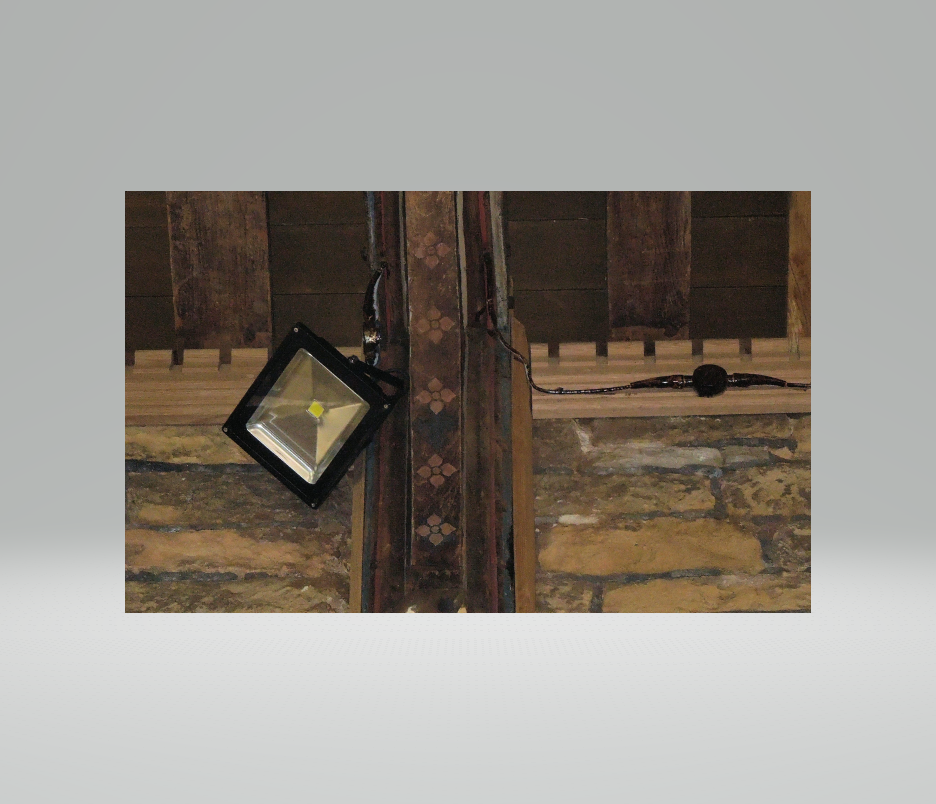 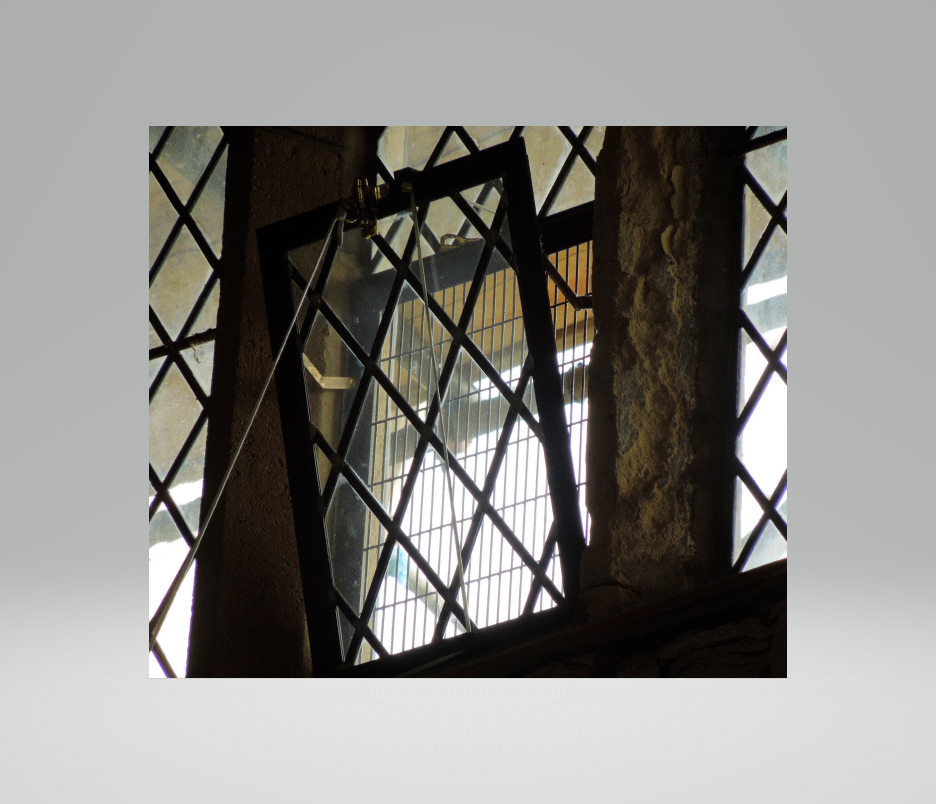 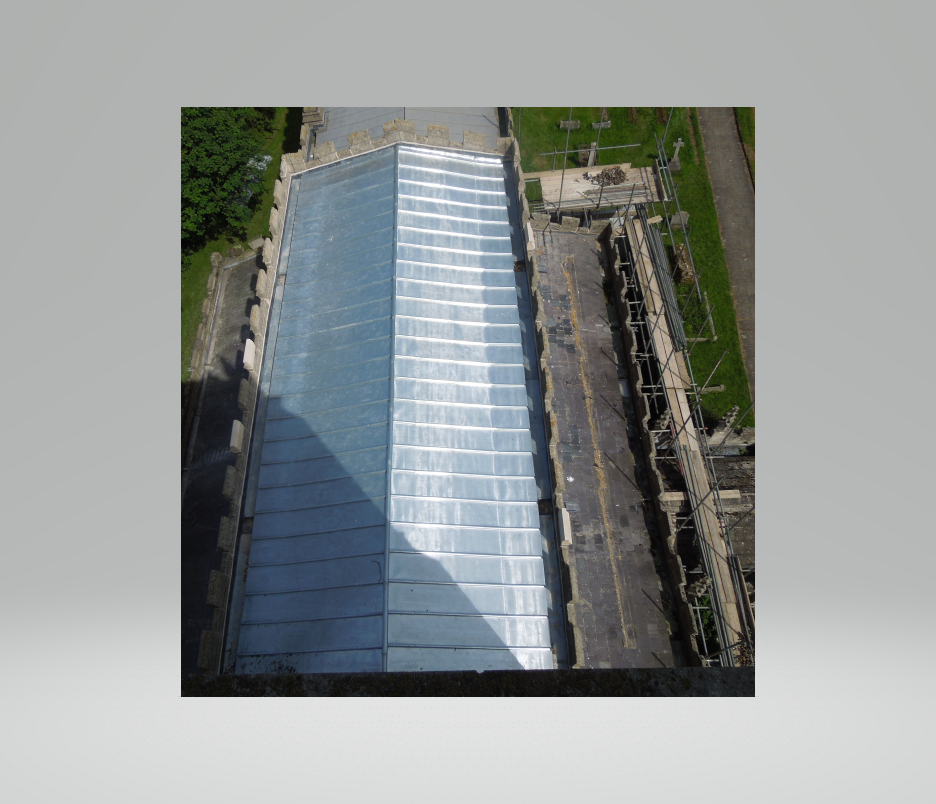 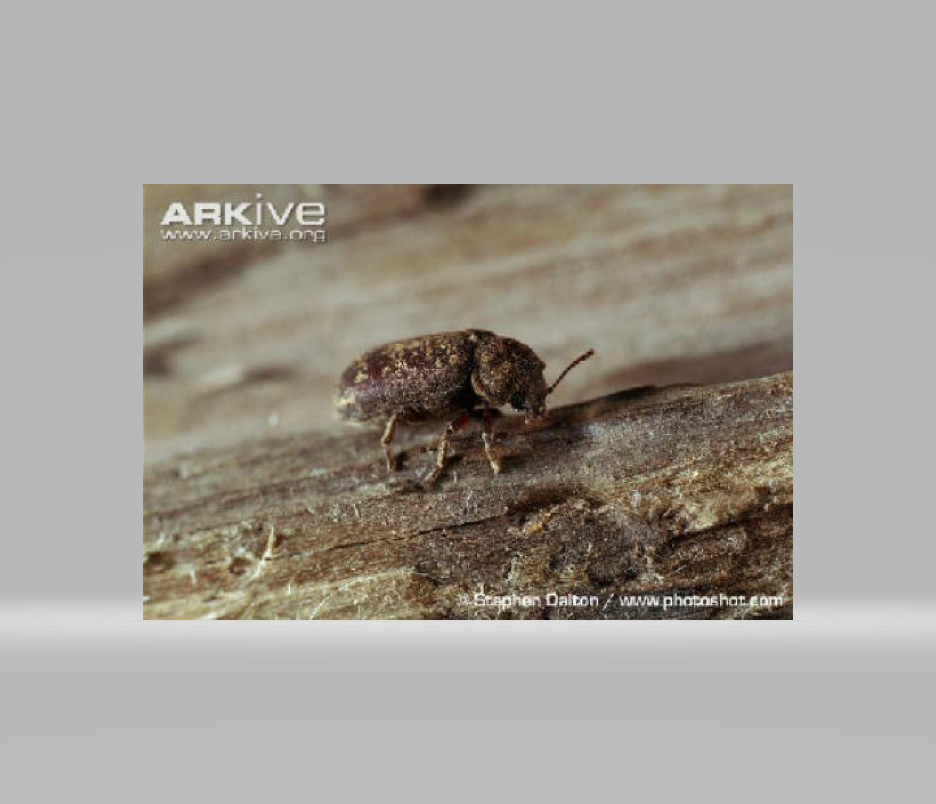